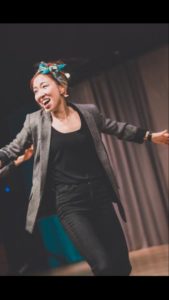 Hyunjung is a swing dancer, instructor and choreographer. Having majored in Korean traditional dance and enjoyed various dances such as dance sport and ballet, she came across swing dance in 2005, and instantly became fascinated by the dance.

Since 2006, she has been teaching various lindy hop classes with new ideas, aiming for the growth of Korean swing dance scene, as well as competing internationally to acquire various titles.

She continues to show her unique character in workshops and events all around the world. She is a passionate dancer who strives to better express herself, and her delightful dancing gives positive energy to everyone who watches her dance. 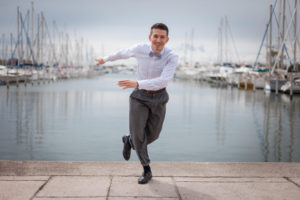 Nicolas started swing dancing as a young boy in the early ninetees. At this age Boogie Woogie was his big craze, with competitions and fancy steps as the driving force. As a youngster the interest in Lindy Hop spurred and he was captured by the social dance scene. The aspect of communicating with people through dancing became, and still is, a big inspiration. Through the years swing music has become a bigger part of his life, in and outside of dancing.

Nicolas has performed and competed for now over 20 years and still values the show aspect of the dance very highly. This can be seen in his personal performances as well as his choreographing.